These two are Smartwatch Products support Samsung Pay, the Frontier version also allow users to make phone calls or even book an Uber ride from the device without the need for a smartphone to be connected.

As per Tony Kim, from Samsung’s global product planning team, Samsung wants people to leave their phone at home and use only the Smartwatch Products like Gear S3 Classic or Gear S3 Frontier.

Samsung introduced its first wristwatch-like device in 2013 ahead of Apple and other rivals to carve a share of the booming wearable market, however they failed to draw people’s attention to the new watch category.

But it has steadily been increasing it’s feature sets of such products, making them less dependent on being permanently in range of a connected phone. 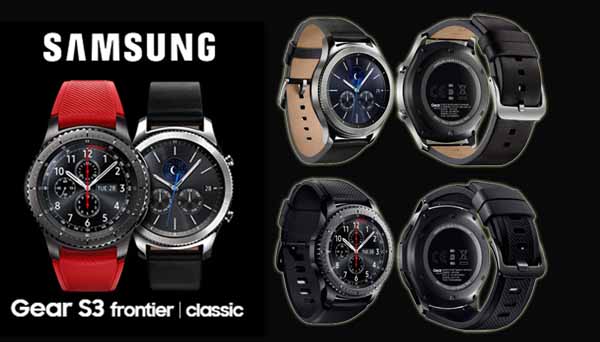 Smartwatch Products With Many Compatibility Features:

Smartwatches will be the fastest growing segment of the wearables market in 2016, and 2017 promises to be an even bigger year, Morgan Evans, head of communications for Samsung in Europe, said in Berlin.

The market for smartwatches specifically “will double in 2017.